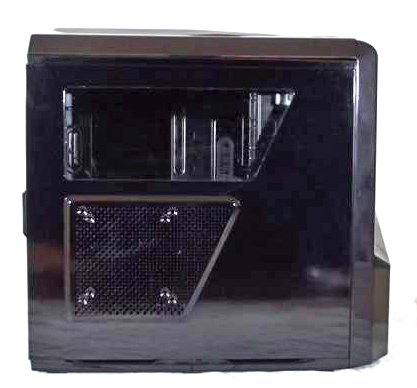 In keeping with the original phantom the side styling is largely the same, although you do loose the vent you would normally find in the bottom right of the original side panel, plenty of venting has been crammed in here with a 120/140mm fan mount. A small window is included allowing visualisation of the top section of the motherboard tray. 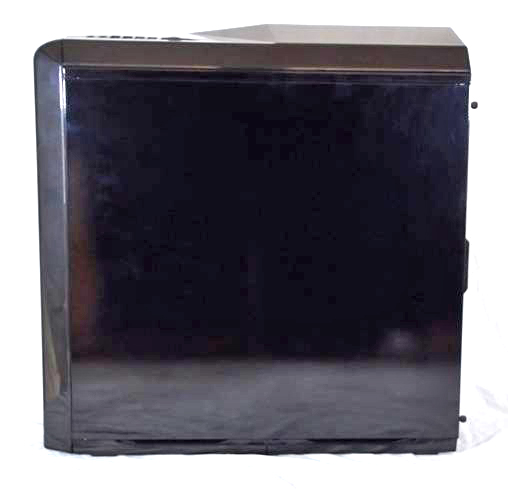 The right side is completely plain, and it hast to be mentioned is a nightmare to take off, mounting clips on the door rails are very stiff and the handle stamped out of the rear sill is next to useless as no human finger can fit the gap. The side panel is attached with two thumbscrews. 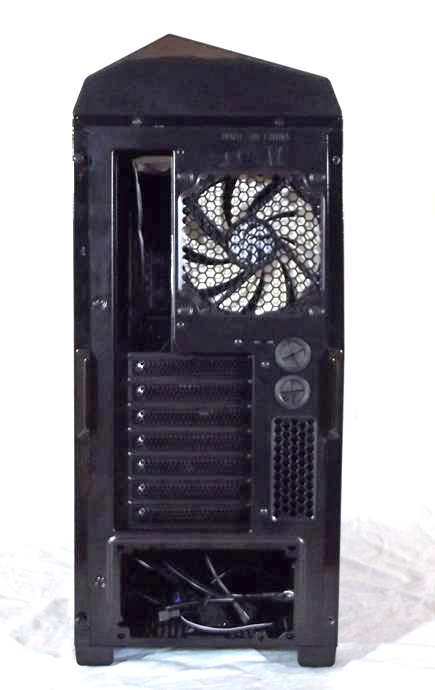 The rear is the standard affair containing two holes for water-cooling, eight PCIe slots and a 120mm fan, one thing that stood out was just how solid this panel is, with bevels on most of the cut-outs in the panel the strength of the original sheet has been preserved making for a super strong rear chassis. 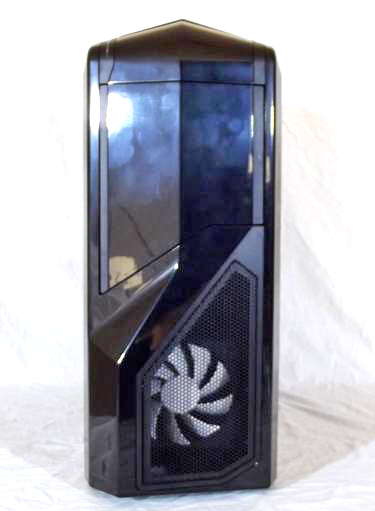 The front of the Phantom 410 is almost identical to the original edition with only a minor restyling on the door setting the two apart. The bezel is made of the same plastic as the original and as you can see attracts finger prints and streaks like a magnet (even after taking care to wipe clean for photographing). The front fan is clearly viable under the large meshed cover so it is a little shame that the stock fan is a rather ugly basic model. 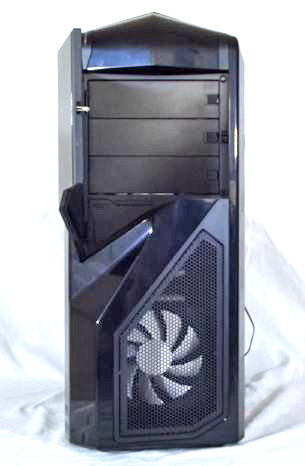 Under the front door we find only three optical bays, note the space between door and bays will not allow for installation of devices with protruding buttons or dials. 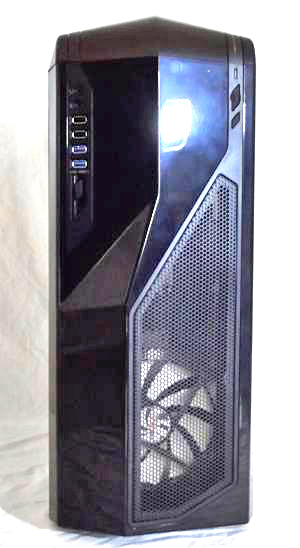 The overall styling as with the original Phantom carries over to the top of the Phantom 410, NZXT have made a few small changes over the original, the 410 only has the single fan controller in the room, whilst is controls more than one fan it is a shame not to have individual channels for control as with the phantom.

Mesh is a big feature once again providing the vents for the top fans, this mesh has larger holes than some brands use allowing “fans” of more decorative fan types such as the Enermax Vegas range to view there cooling at work, the plastic top panel is also raised significantly form the chassis to allow a radiator to be fitted inside the roof space.