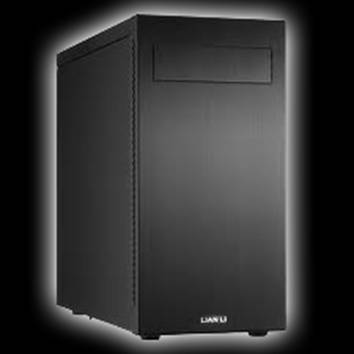 Getting the Lian Li PC-A55B out of the box the first thing that struck me is it had the more traditional PC case design, straight clean lines a very box like.

Despite the box shape the case felt very well made and had a nice clean look to it, especially the front with its one 5.25 bay slot meaning it was clutter free. 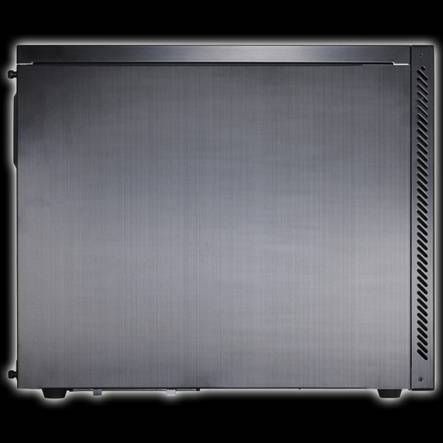 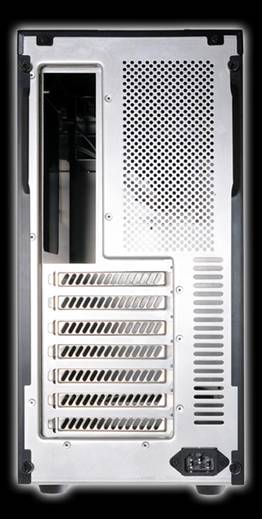 Round the back of the case, we have your standard motherboard cutouts, with support for 7 PCI slots. There’s an air grill next to the PCI slots and what looks like a terrible PSU mounting position, but the PSU plug down the bottom starts to give you some indication that the PSU mounting in this case is not all what it seems (more on this later).

At the bottom of the case we can clearly see the mounting space for the 140mm fan, which in itself is a good thing, I am a fan (excuse the Pun) of fans on the bottom of cases and believe despite the dust it is something we should see an option for on all cases. Also on the bottom are some feet, these were a disappointment to me and a case manufactures such as Lian Li should be putting better feet on a quality made case.

The top of the case has a 140mm fan fitted as well, both the top and the bottom fan are in line with each other which should provide ample airflow to whatever is installed inside. Also on the top is the power and reset buttons as well as the front (or top in this case) expansion panel. 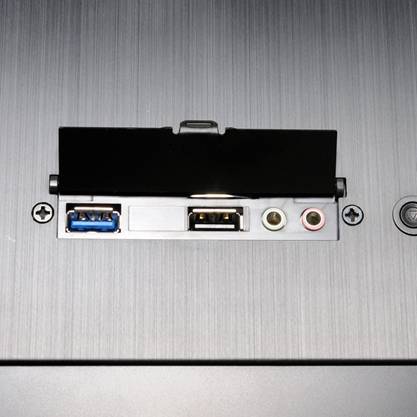 Under the lift panel, we have 1x USB 3.0 and 1x USB 2.0 connector, also of course mic and headphone jacks, from the look of it there could have been 2x USB 2.0 connectors or a firewire, or maybe a e-Sata, so I was a bit disappointed not to see this.

Overall I was impress with the cases build quality on the outside, there were I couple of things I think could be improved but they are of course me being picky. Let us move on and take a look at the inside of the case.

Next Page - Physical Layout Inside