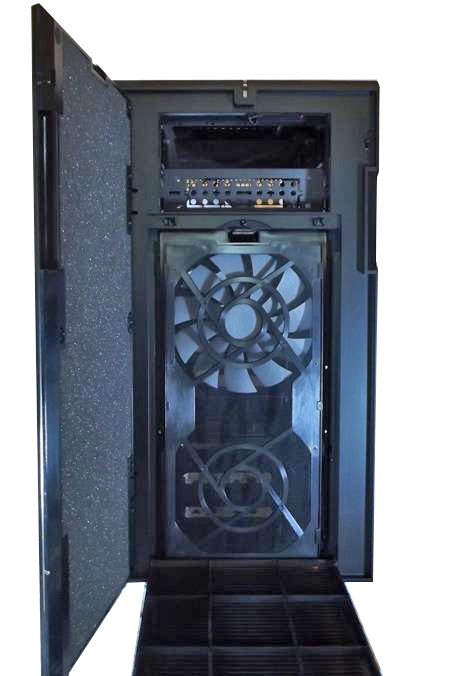 Under the aforementioned fan covers in the front bezel is another absolutely huge dust filter and a single included 140mm, two 140mm fans can be fitted in to the front fan holder . 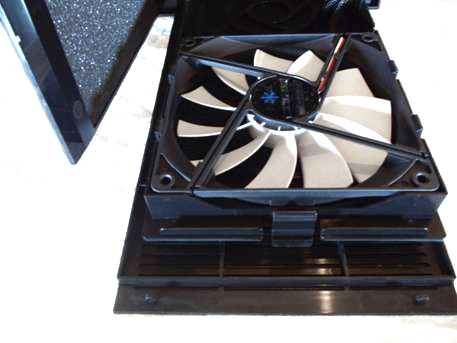 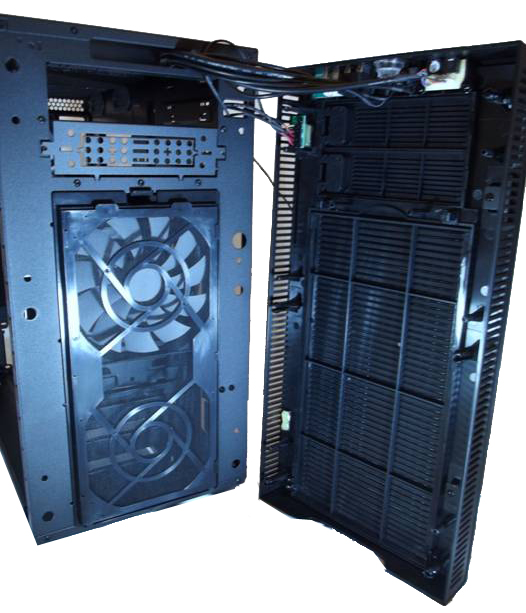 This configuration of front fan housing also supports a rather nifty party trick of the R4. 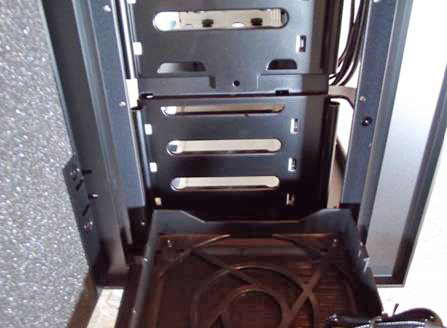 Dropping down the front fan assembly repeals that there is no cases structure in the way between the fans and the HDD cages. 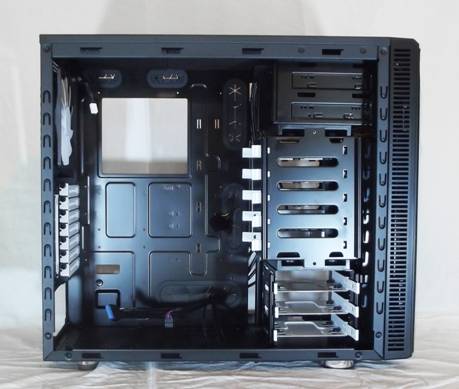 As you can see the case has quite a bit of room in there. 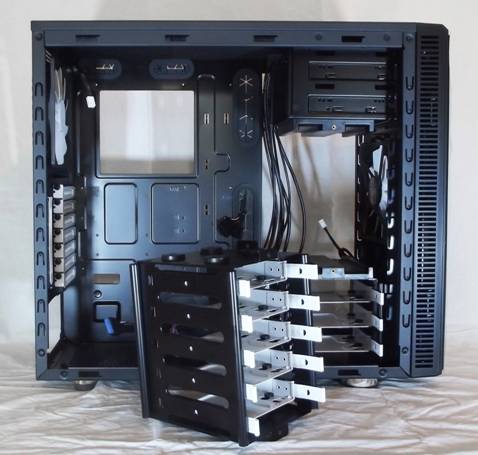 The top HDD cage is both rotatable and removable allowing for installation of super long graphics cards. 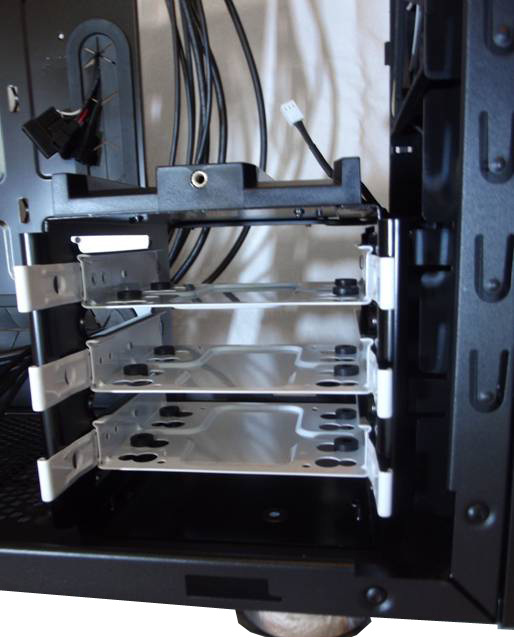 Te real trick is that the lower HDD tray can also be removed or moved several inches closer to the rear of the chassis to accommodate more hardware in the front of the chassis. But why would you ever want to move it further back?

Here we at last come to the R4s party trick, in the space freed up by moving the lower case back is to allow space for fitting a 240mm radiator on to the front fan assembly

The lower HDD bays can also (as if a second rad was not enough) be moved to any location with 120mm fan screw placing. 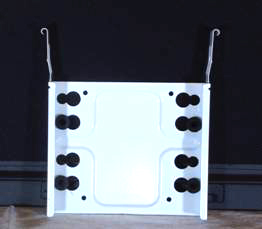 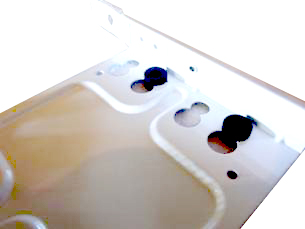 All included HDD trays are fractals signature all metal build trays with rubber grommets to provide vibration dampening, additional rubber spacers are also provided should you ever need them. 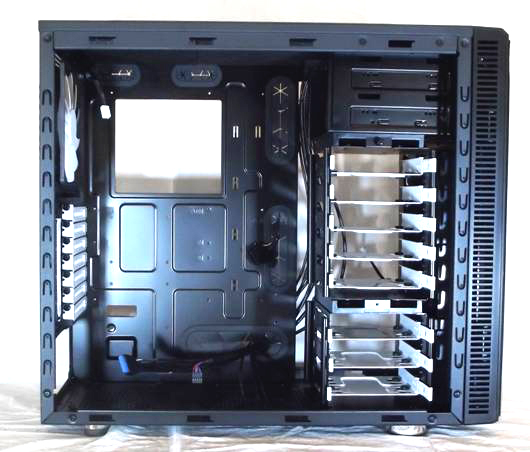 Moving on to the interior as a whole Fractal have crammed even more features here with bags of space for hardware, although this is a midi tower the space inside is impressive to say the least.

Grommet holes are provided to suit all common cabling needs, the rubber does have a slightly sticky feel but holds in its sockets far better than a lot of the competitor models . 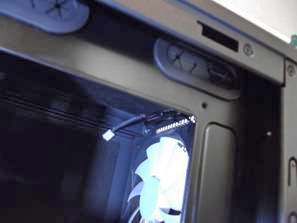 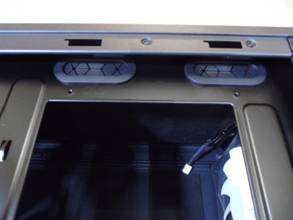 Adding to the cabling support are two grommet holes in the top of the motherboard tray giving access to the 4 or 8 pin CPU power sockets on most standard boards and providing a pass through for fans mounted in the roof or fans on the roof mountable radiator. 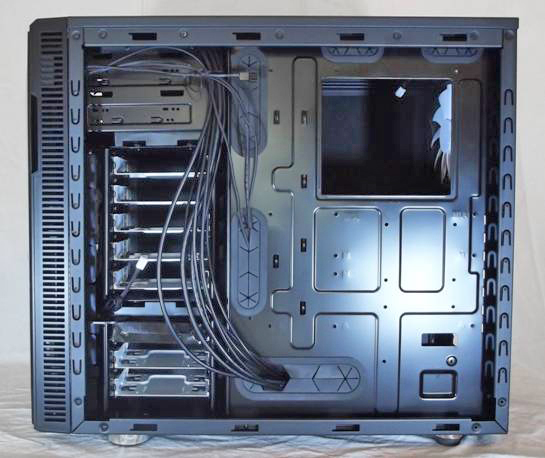 Space behind the MB tray is just as impressive as the space in the rest of the case, the reasons for using a wider chassis really come in to their own here,  allowing for an absolutely monstrous amount of cables to be placed on the back side of the MB tray, the eagle eyes will also notice 8 holes that do not fit standard MB mounting points. This is another of the R4s little party pieces, those holes are to stealth mount up to two SSDs on the back of the motherboard tray; this is a very smart addition to the R4 making use of the masses of space behind the tray and catering to those who wish to hide as much hardware as possible. 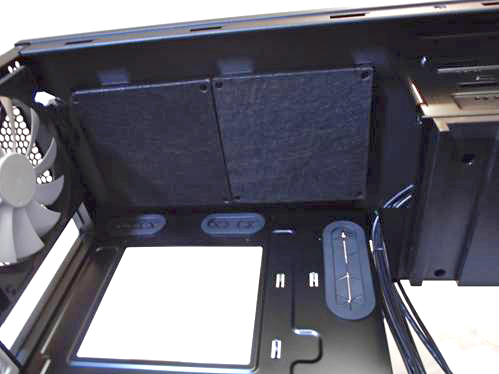 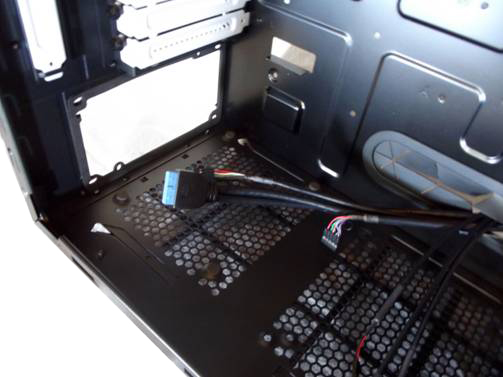 As always in a fractal case rubber feet are provided to support the PSU and the rear PSU mount is also fitted with a rubberized foam surround to further cushion and dampen and PSU sound. 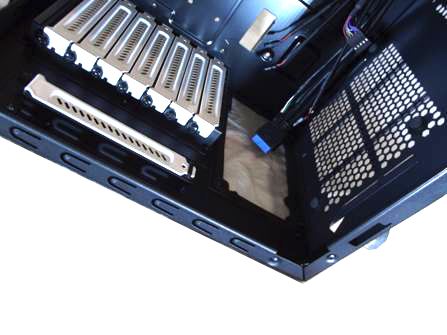 Finally for the interior the rear PCI slots are replaceable, a trend recently towards pop out pci slots has thankfully been ignored here in favour or reusable vented pci slot covers in fractals signature white to stand out against the case body..

Next Page – Installation and Conclusion