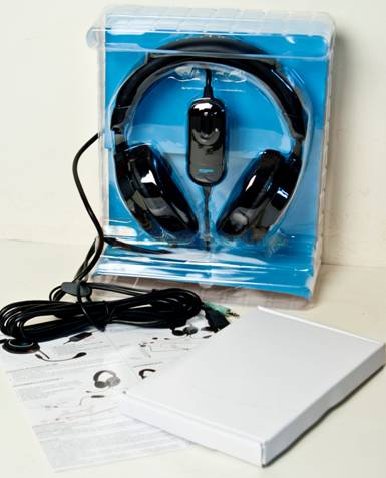 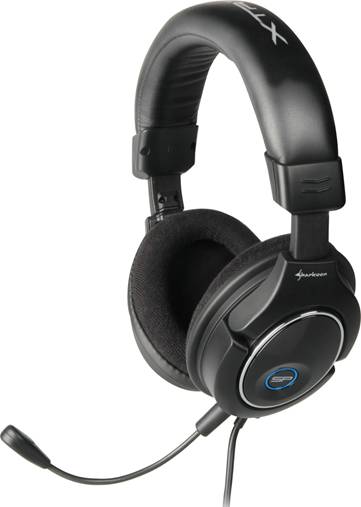 One of the first features about the X-Tatic SP headset was the overall shape of the headset and the lightness of the headset. Sharkoon have followed through with the Black on Black color scheme but to break this up they have added touches of chrome effect to the drivers which gives them a sleeker overall effect. Not the most stand out from the crowd color scheme but it is the most practical. Sharkoon have also broken up the black with a simple blue ring around the SP loge positioned in the centre of the driver, really tying in well with the packaging used.

As mentioned earlier, the frame work of the X-Tatic SP feels really lightweight but solid and robust at the same time which was highlight for me, the heavier the headset the more weight it puts across the head area which can lead to comfort issues, but the X-Tatic SP is off to a head start already in that department. The entire frame work is made from an hardened plastic which flexes and springs back just the right amount and Sharkoon have used a two tone plastic black effect on the X-Tatic SP headset, a shiny surface to the center of the drivers and a matt surface everywhere else which is a much more practical surface to use in a headset. 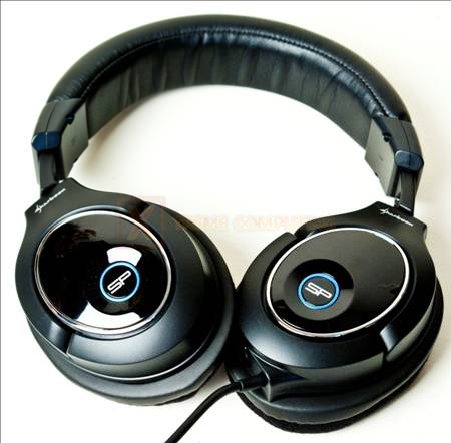 Sharkoon have designed the X-Tatic SP headphones with a 40 mm driver, not the biggest I’ve seen but big enough fit nicely around the ears and they have gone for the typical shape you’re used to seeing in a headset, an oval design which sort of reassembles the ear shape perfectly. The 40mm drivers are also set at an angle which is slightly forward so that the driver really sits well against the head and ear area, tucking in nicely right under your ears. 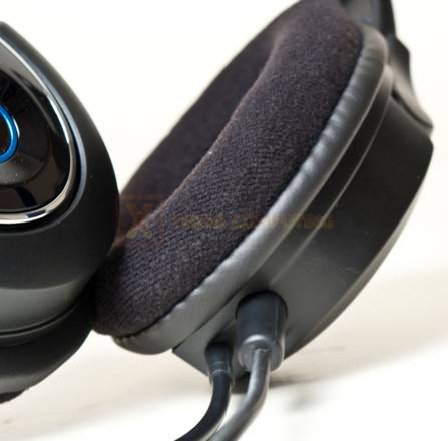 Zooming in on the 40mm driver we can see that Sharkoon have used a cotton soft material to cover the sponge padding on the outer part, the inner section is covered with a leather effect material which allows dirt to be wiped away. 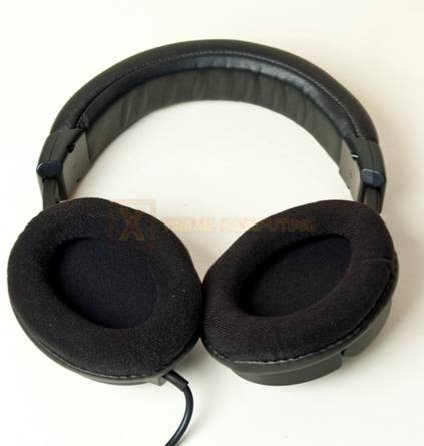 The Sharkoon X-Tatic SP headset has been designed so that the drivers can be folded back on themselves as shown above; this desidning allows you to use the headset like a DJ or over one ear by just turning one driver, a nice design aspect to have in a headset. 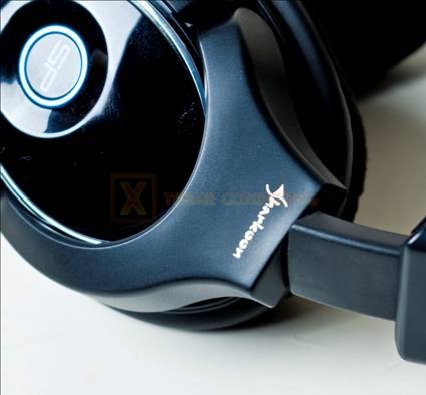 Another highlight for ma about the X-Tatic SP headset was the supporting arm driver adjustment, which allows you to tilt the driver very so slightly to get a better comfort or fit over the ear which helps the upper part of the driver to really cover the whole area of the ears. This adjustment mechanism has the same robustness as the turning mechanism showing Sharkoon have really delivered a long lasting, durable unit.

Sharkoon have added the logo of the headset to the upper part of the head band, this has been printed on the leather effect plastic material that has been used to cover the head band itself. When running your fingers along the logo you can feel the edges of the logo as it has been slightly raised to give it a bolded and expensive appeal, I would have preferred to see this logo itched into the material for a longer lasting effect. The head band has been given plenty of extra padding to the top and the bottom, would have liked to see the amount of padding underneath as the top but there is enough there to do a good job when sitting against the head.